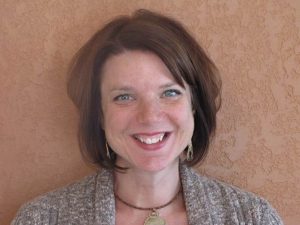 Upon moving to Wyoming, Krista continued her nursing career in the Intensive Care unit at Powell Valley Healthcare (PVHC).  Over the next five years Krista expanded her nursing skills to include general medical-surgical care, obstetrics, and long-term care.  In addition to her full-time nursing position, she taught the clinical courses for Northwest College School of Nursing.  She enjoyed teaching so much that in 2004 Krista returned to college at the University of Wyoming to pursue a Master’s Degree in Nursing Education.

Upon graduation, Krista’s professional responsibilities expanded significantly.  She became the local site coordinator and lead clinical instructor at PVHC for Maricopa Community College’s online nursing program.  Eventually she was promoted into full-time leadership and management at PVHC where she remained until 2010.  After almost 12 years, Krista resigned from PVHC in order to attend the University of Wyoming nurse practitioner program.  She graduated in 2012 with a Post-Master’s Certificate as a Family Psychiatric Mental Health Nurse Practitioner.

Krista is board-certified by the American Nursing Credentialing Center and is a member of both the American Nurses Association and the Wyoming Nursing Association.  She is also a member of the Neuroscience Education Institute which provides the latest information on advancements in psychiatric medicine including the specific genetic markers that may impact the risks and benefits of certain psychiatric medicines. She has been a volunteer for the Suicide Prevention Organization for Park County, WY since 2010.  Part of her volunteer responsibilities includes providing guest lecturers for Applied Suicide Intervention Skills Training (ASIST) Workshops twice per year to local law enforcement agencies.  Krista has received multiple professional awards in her nursing career including the Golden Lamp Award, the Rural and Frontier Nursing Award, the Wyoming Nurses Association Outstanding Nursing Leadership Award, and the March of Dimes Nurse of the Year Award.

Krista’s interest in psychiatry began as a young adult when her older brother was diagnosed with schizophrenia.  She has a deep and personal understanding of the impact of mental illness on individuals, families and communities.  Her personal family history, formal education, and interest in the genetic factors contributing to serious illness inform the evidence-based care that she provides.

Krista has been married to her husband Rusty for eighteen years.  Together they enjoy many outdoor activities with their two teenage sons including hunting, fishing, camping and wilderness exploring.  Krista also enjoys “treasure hunting” local thrift shops for “trash to treasure” crafting projects.  Gardening brings her joy and tranquility as well.