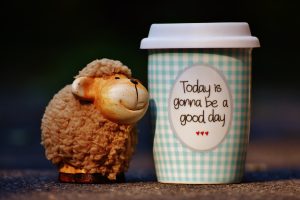 Positive psychology often is passed off as pop psychology or New Age-y by those who haven’t actually looked into it.

The actual theory behind positive psychology was defined in 1998 by Martin Seligman and Mihaly Csikszentmihalyi and looks at all aspects of a person’s psychology. It does not discount traditional psychology, nor supersede it. Rather than viewing psychology purely as a treatment for the malign, however, it looks at the positive. Positive psychology is a recognized form of therapy and is offered by some counselors and psychologists.

Psychology has always been interested in where people’s lives have gone wrong, and what has resulted because of it. Illnesses such as depression are well-documented and patterns of depressive behavior well-known. However, until recently, what makes people happy and how they achieve inner happiness and well-being has been a mystery.

Practitioners of positive psychology study people whose lives are positive and try to learn from them, in order to help others achieve this state of happiness . It is a scientific study and not remotely hippie-ish, despite its connotations.

Positive thinking is one aspect of positive psychology. Surrounding yourself with a great lifestyle and material goods may seem to lead to happiness, but how you really feel is governed by what goes on inside your head. When you go out of your way to think positively, you actually purge yourself of negative self-talk.

Negative self-talk is one of the biggest barriers to positive thinking. People become so accustomed to negative thinking that their conscious mind will pull them down, even when they have done nothing wrong. These people become insecure, overly apologetic and indecisive. Worse still, they open the door to numerous stress-related problems.

Depression is complicated illness with physical and mental health elements. It would be flippant to suggest that someone with a positive outlook will not encounter depressive feelings.

However, positive psychology can be beneficial in treating depression. It can equip sufferers with the tools to stop downward spirals when they begin and help them to see the positive aspects to their lives. It can also help to stop the negative thinking habits that are common in depression.

Scientific studies also show that there is a direct link between stress and the immune system. When a person is experiencing a period of stress and negativity, his or her body is less able to mount an inflammatory response to attacks from bacteria and viruses. This results in an increase in infections such as the common cold and cold sores.  Having a positive outlook on life also equips people better for dealing with serious illness. Tackling diseases such as cancer with optimism and self-belief has shown to have a beneficial effect on recovery and ability to tolerate treatment.

Among the other health benefits listed above, positive thinkers have a lower incidence of cardiovascular disease. They tend to have lower blood pressure than those who do not engage in positive thinking. The health benefits extend to the emotional side, too. optimists will have better physical and psychological well-being, and better skills for coping with stress and hardship.

It is important to remember that simply having a positive mindset won’t actually stop bad things from happening. But it does give you the tools to better deal with bad situations. Sometimes your coping skills come down to nothing more than refusing to give in to your negative side and your fears. For some people, positive thinking comes quite naturally. For others, seeking professional help is necessary to get them on the right track.